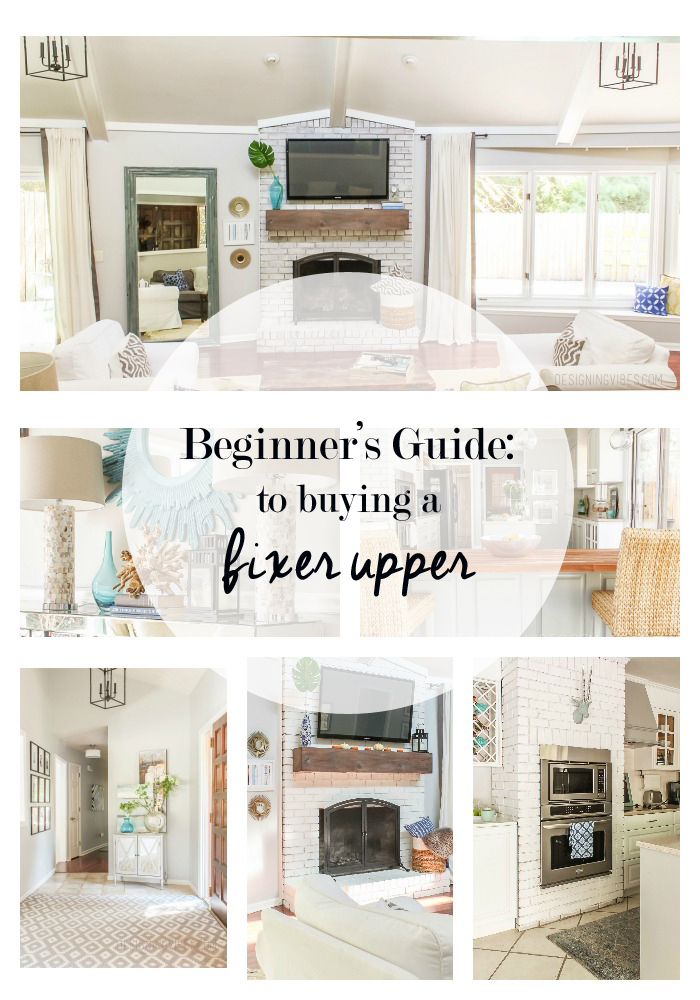 For those of you familiar with my blog, you probably know the foundation of this site originates from me selling my new construction home for a fixer upper ( you newbies can read why here). Much of the content I produce on my blog generates from my experiences transforming my outdated 1980’s home through DIY projects and interior design.

And while I may make the experience look like rainbows, butterflies and the stuff that dreams are made of, I need to be honest…..we have hit a real rough patch lately.

A few months ago, we had a contractor run off with thousands of dollars (without producing any work or materials), we had multiple contractors tell us we need $40,000 worth of retaining wall , pool and deck repairs,  and we invested a few grand into landscaping work that turned out to be a major flop.

So today, I want to share with you some surprising lessons learned from my first home renovation –  a beginner’s guide of sorts which contains all of the things I wish I had known before buying my first fixer upper.

I realize that may be a little dramatic, but  let me just share a quick story with you…

So when I tell you we had someone take $2000 of our hard-earned cash and run, I know you are probably thinking, You dumb ass, even I know to  never give someone cash. And yes, I completely get it. Believe me, this is what I was harping on my husband about after the fact.

But truth be told, the man we hired was an old friend of my father-in-law’s who had done great work for friends and family in the past. He had great reviews, but I think he fell off of the proverbial wagon and relapsed into some form of addiction at the time we gave him a major project.

We gave him $2000 cash to  purchase materials, and he never returned. To this day, we are still trying to track him down. So, I recommend to you, my friends,  go to Lowes or Home Depot (or wherever) and purchase the materials yourself. Be sure to also find a way to transport them yourself to your home. This was a hard lesson learned. Oh, and I recommend only paying them once the job is done. I don’t care if they have rave reviews; I don’t want you to find yourself in our predicament as it is quite sickening. 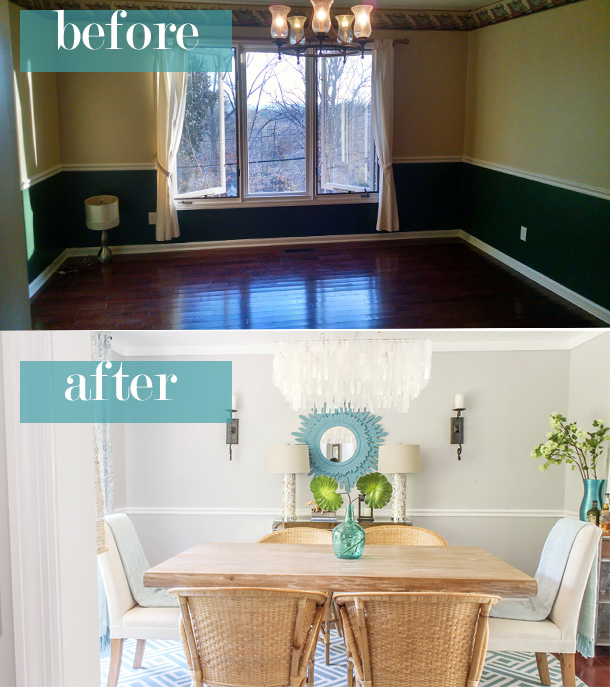 While we were responsible about getting many critical issues addressed right away (think electrical, smoke alarms, flashing and siding work), I got so consumed with cosmetic projects that I overlooked some issues that I thought not to be so much of a deal , which is now back-firing on us as we approach our second year of living in our fixer upper. Basically, we are going to end up going over budget by a pretty significant margin.

This leads to many subsequent points below..

Decking is a big deal

When putting a contingency offer on our first fixer upper, we were a little skeptical. We wondered…why is this house priced so well? When we received the 100 page report from our reputable , and mighty thorough,  home inspector, we were expecting him to come back with something really major- foundation issues,black mold or termites. I think we were so relieved not to see one of those issues listed that we completely overlooked the extensive  need for deck and retaining wall repair. We thought, ahh that’s not really structural , as it is only an exterior sort of issue.

Well,  the sagging on our large, trek deck has gotten considerably worse over the almost 2 years we have been living here. Turns out, we cannot just go back in an reinforce the sagging with additional joists. It is basically a complete tear down and rebuild that has been quoted for around $30,000-$40,000 (and that is using a cheaper material, wood). If we replaced the entire deck with trek, we would be looking at around $80,000.

What I am trying to say, is that decking is extremely expensive and while it may not sound as scary as say a foundation issue, it is going to end up costing us way more than we ever could have imagined. I wish I would have known this before buying our fixer upper. 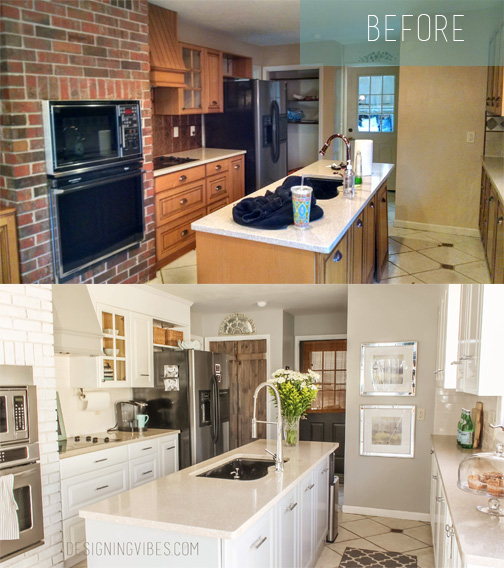 Pest Problems- Something I never experienced in a new construction

While our home did pass the termite inspection at the time of purchase, we have shelled out lots of money for pest problems. We live in a wooded lot, with the lake nearby and visible in the winter time, and, according to my pest guy, our lot is prime ground for cock roaches. My three-year-old son is now terrified of bugs because he occasionally hears me scream bloody murder when they land anywhere near me. And no, I am not a dirty slob. I actually keep the house relatively clean.

And don’t even get me started on lady bugs. You might be thinking, what is the big whoop with lady bugs? But until  each room of your home has been overrun with thousand upon thousands of them, you will never understand the depression the things caused me. For real, though. I experienced a major lady bug infestation a month after moving into our first fixer upper and I will never look at them the same way. They were nearly impossible to get rid off.

Pest issues were never something I experienced when we lived in our new construction on our tiny, tree-less lot.

When we bought our home, back in February 2015, the state of the current landscaping was definitely not on our minds. There was so much more to be overwhelmed with, and in the dead of winter, everything was dead anyhow.

Well, while the back yard is wooded, our front yard is one large hill with only a few trees occupying it. And not until summer came, did we realize that our front yard was, in fact, an Amazonian jungle….all sorts of crazy botany growing in no particular order or aesthetically pleasing structure.  My poor husband did his best to weed whack all of the growth, but it always look unkept. We felt a little white-trash about the whole thing.

So, this summer we broke down and decided to invest in landscaping services. Normally, we are very hands-on, but we knew it would be a daunting task to have to till up a large slope and plant lawn-covering in such a large capacity. We received several quotes and were astonished by how expensive landscaping was.

We went with the lowest quote, investing almost $4000 in landscaping. We watered our new plants religiously, doing just as the landscaper instructed. Two months passed,  and lets just say the only thing that survived were the weeds. The guy we hired simply said, Yeah…this project was a major flop. He continued to basically tell us we would need to invest more money to have it done “correctly”. REALLY? I thought that is what I hired a professional landscaping company for. 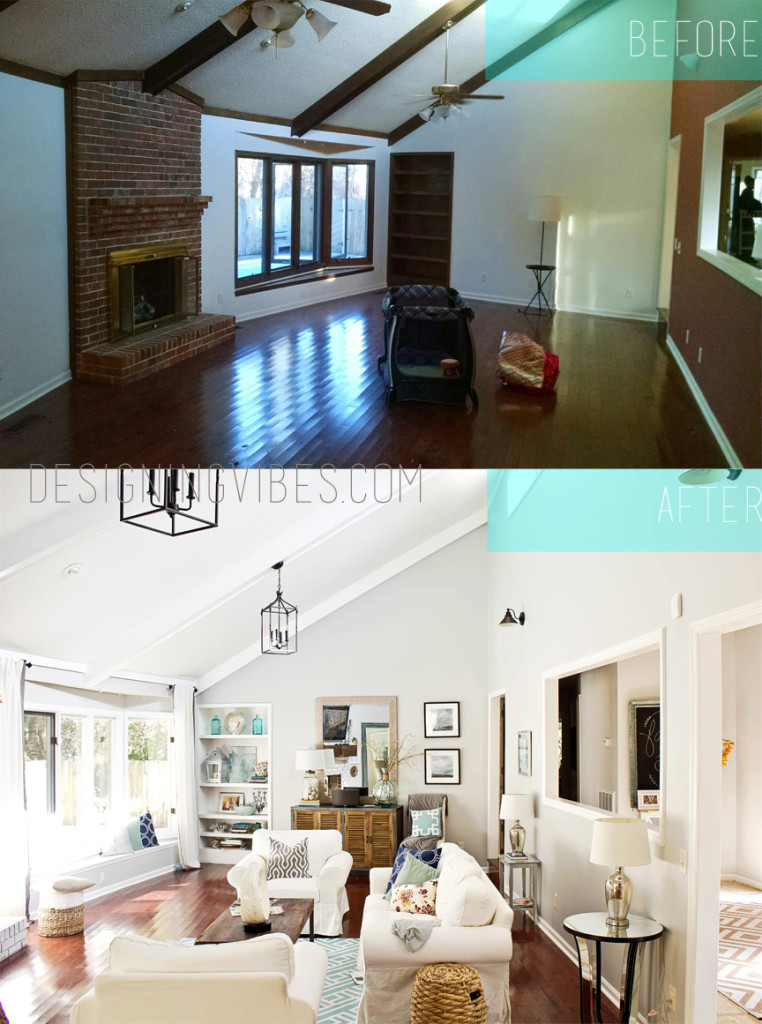 Immediately upon moving in to our eighties ranch home, we had a heat and air company come over to test our unit….basically to ensure the heat would not go out on us in the dead of winter. Everything seemed to work fine, but when summer came, we noticed certain rooms in the home would never cool down. While the insulation of our home was acceptable, our A/C unit is undersized in relation to the square footage of our home. Once again, another few thousand that we overlooked.

I have one more point to b!tch about in relation to my first fixer upper experience….

Having lived in a cookie cutter, new build neighborhood prior to moving to our fixer upper on a one- acre wooded lot, we never realized the full importance of keeping the gutters cleaned. We recently had to address some wood rot issues on our home, and most of it was caused because the former owners failed to keep the gutters cleaned. And because we live on a wooded lot, much more gutter maintenance is required. While we only cleaned our gutters once a year (when we lived on a tree-less lot), we now have to clean them multiple times a year.  Just something to think about before buying that little tucked-away haven in the woods. 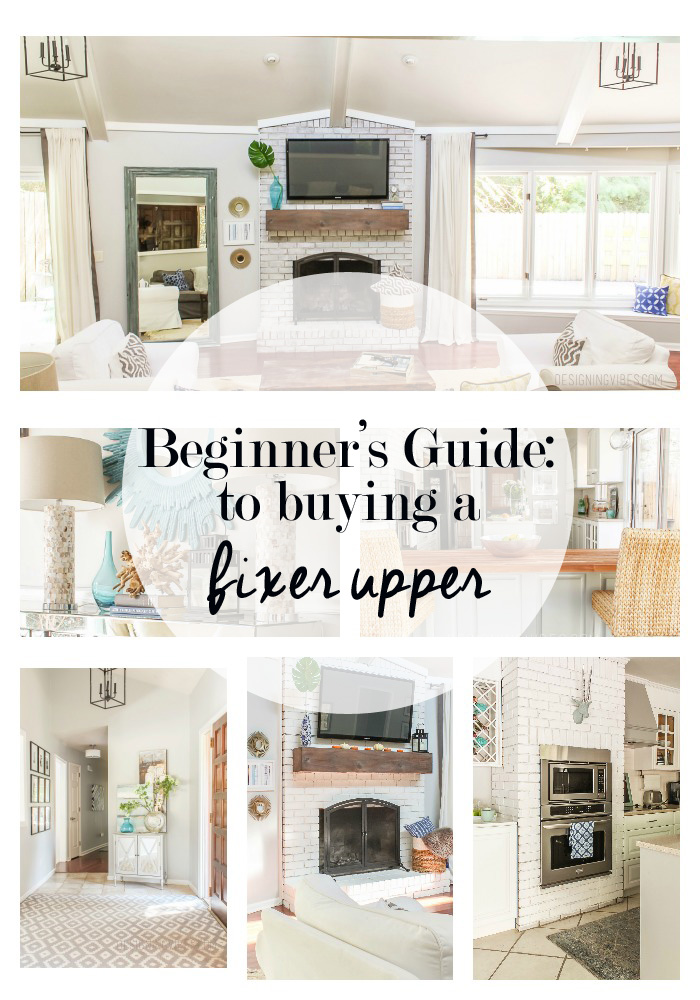 I hope I didn’t burst your bubble too much. I just don’t want you looking at the dramatic before and afters of our home and thinking that our fixer upper experience has been some sort of fairytale. While there have definitely been moments of bliss and pride in our accomplishments. it has also been one of the most stressful, challenging experiences we have experienced in our thirty years of life (sort of like parenthood).  Hopefully, I was able to bring attention to some of the aspects of home renovation you may have overlooked.

Now get out there and design some good vibes.

Please also be sure to spread the love and Pin….. 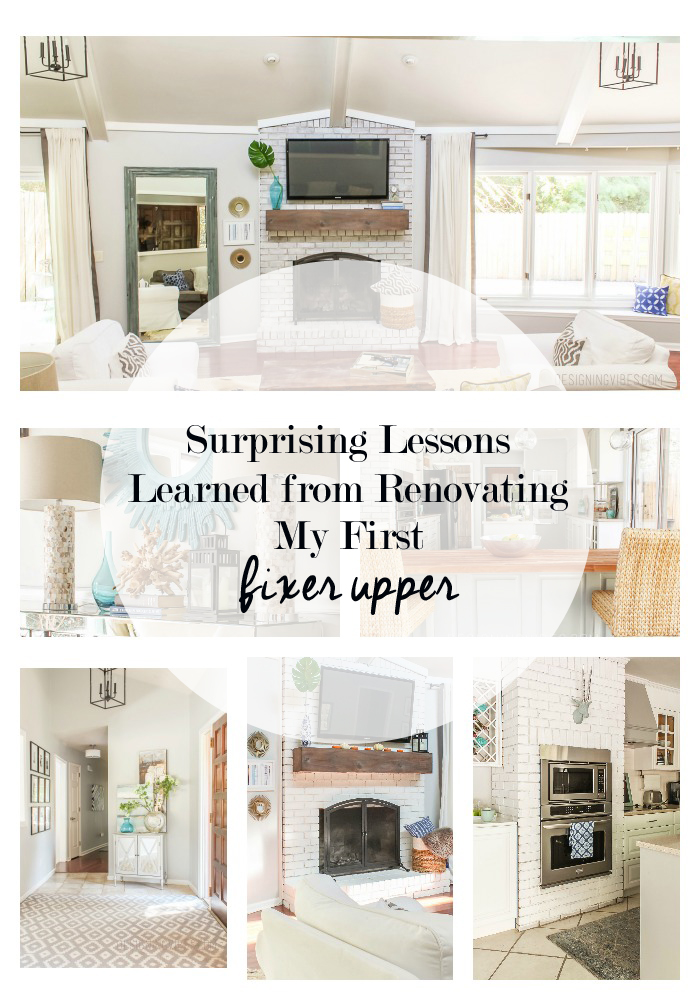 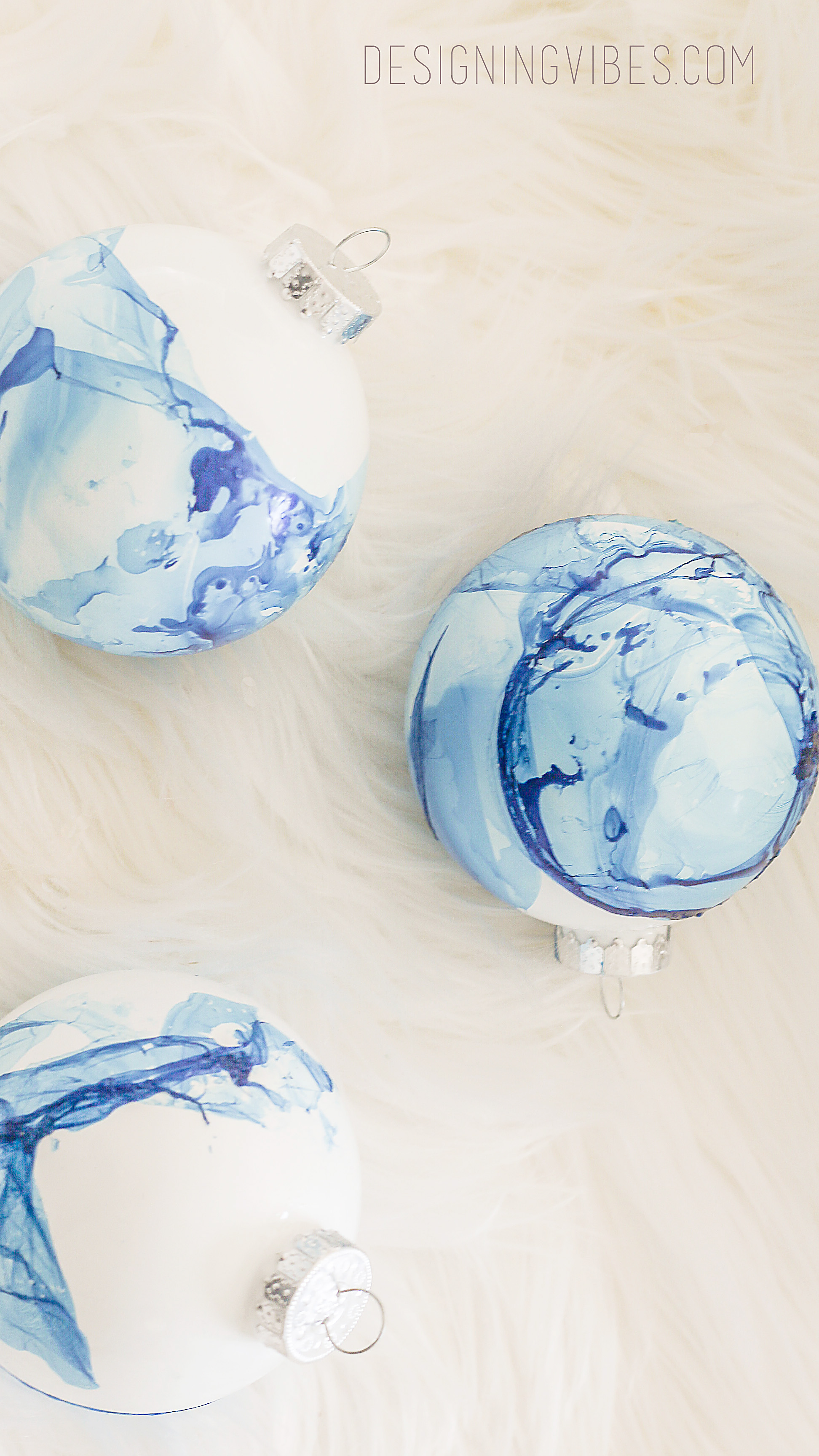 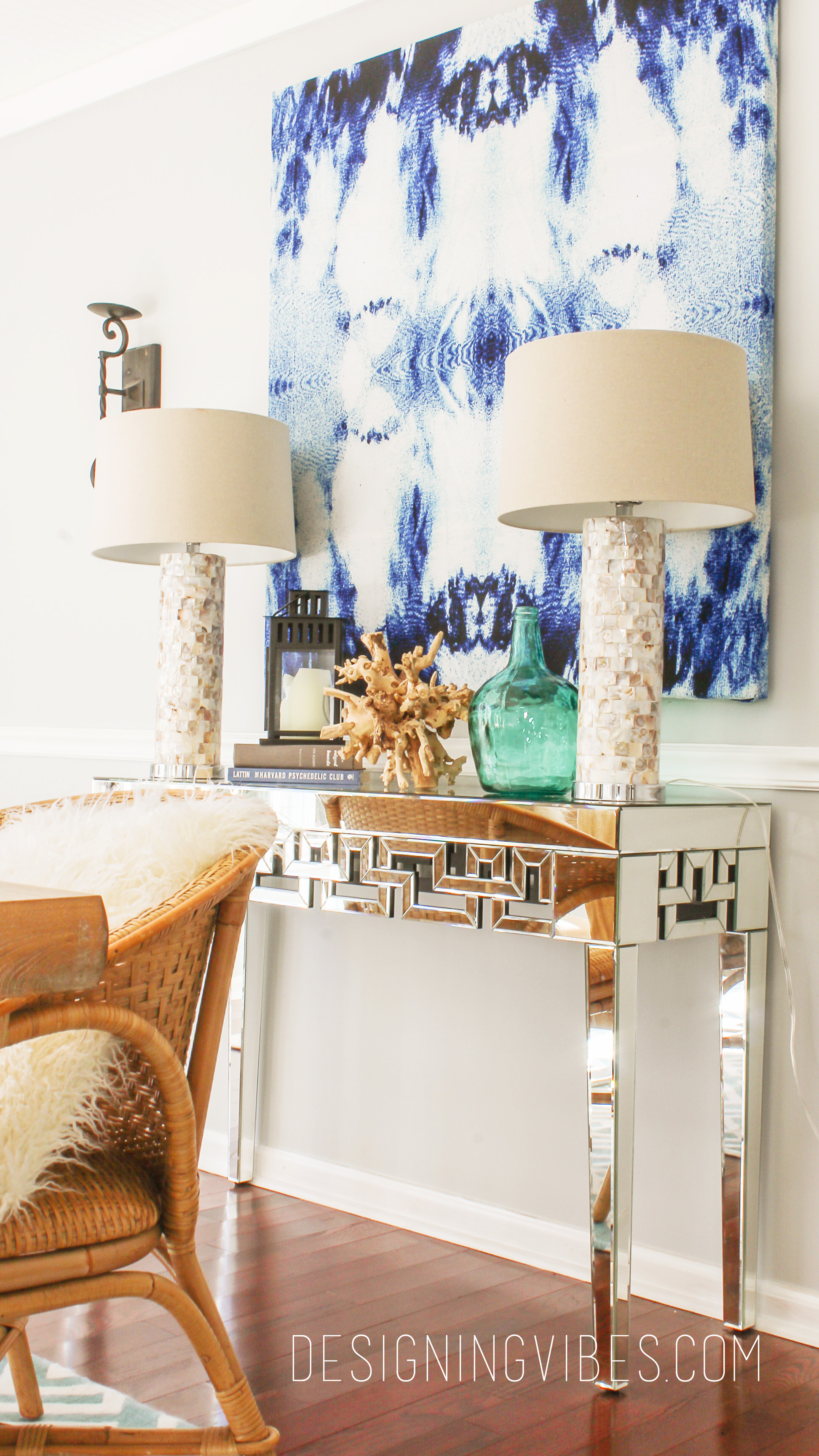 What a relief to read a brutally honest post about some of the pitfalls of fixing up a home. Everyone makes it seems so easy - and as my beloved and very very careful and perpetually unavailable because he's in such demand painter says, "Nothing is easy."

Yes, it is definitely a roller coaster ride. You are on a high once a project is complete, and in the dumps when you discover something else that needs to be repaired. We have had a rough go at it lately. Thanks for stopping by!!

Learn to do some of these repairs yourself. YouTube is a wealth of information! If you have a Home Depot nearby, take some of their "do it yourself" clinics. Learn the terminology, names of parts and pieces in your home, that way when your roof soffit is sagging and in need of repair, you won't be calling it a "thingie" when getting a repair estimate. Even if you don't actually do the work, you'll know what it all entails, so you won't be as easily taken advantage of by an unscrupulous contractor.

Thanks, Lori. Our first fixer upper has definitely been a huge learning curve.

These before and after photos are stunning! Your home is gorgeous! These are great tips...believe me, you're not being dramatic when you say "trust no one". We've had problems like that before, which is why we like to do as much as we can ourselves. 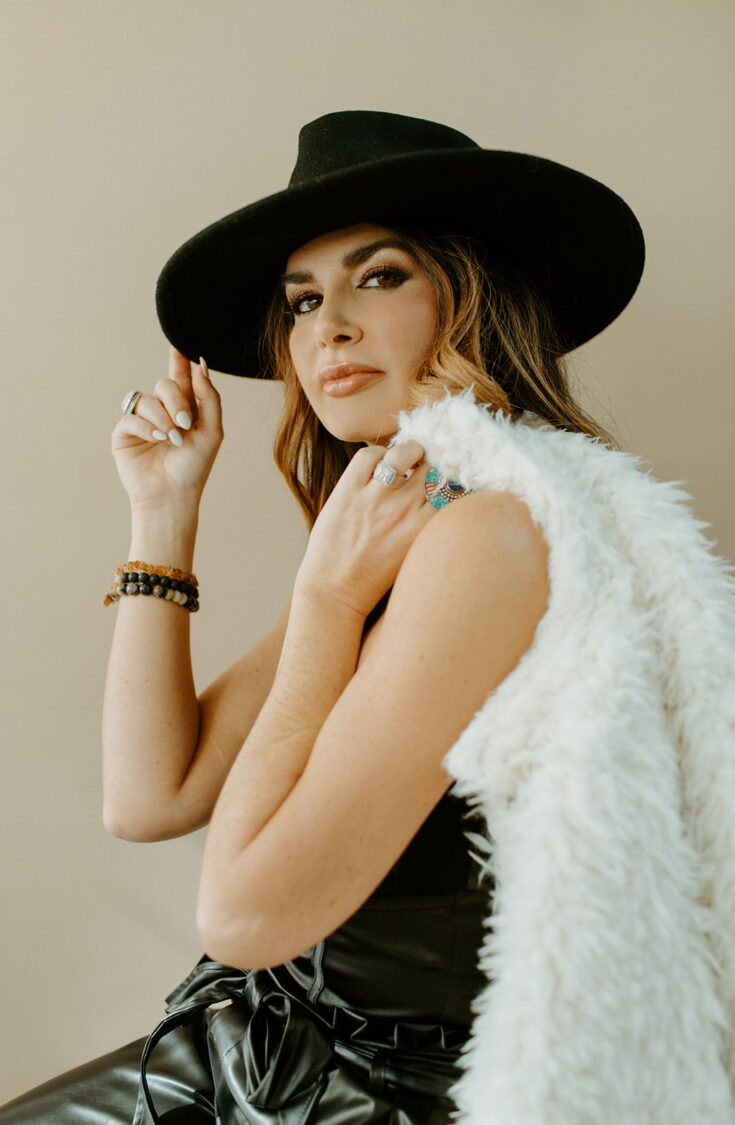